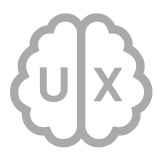 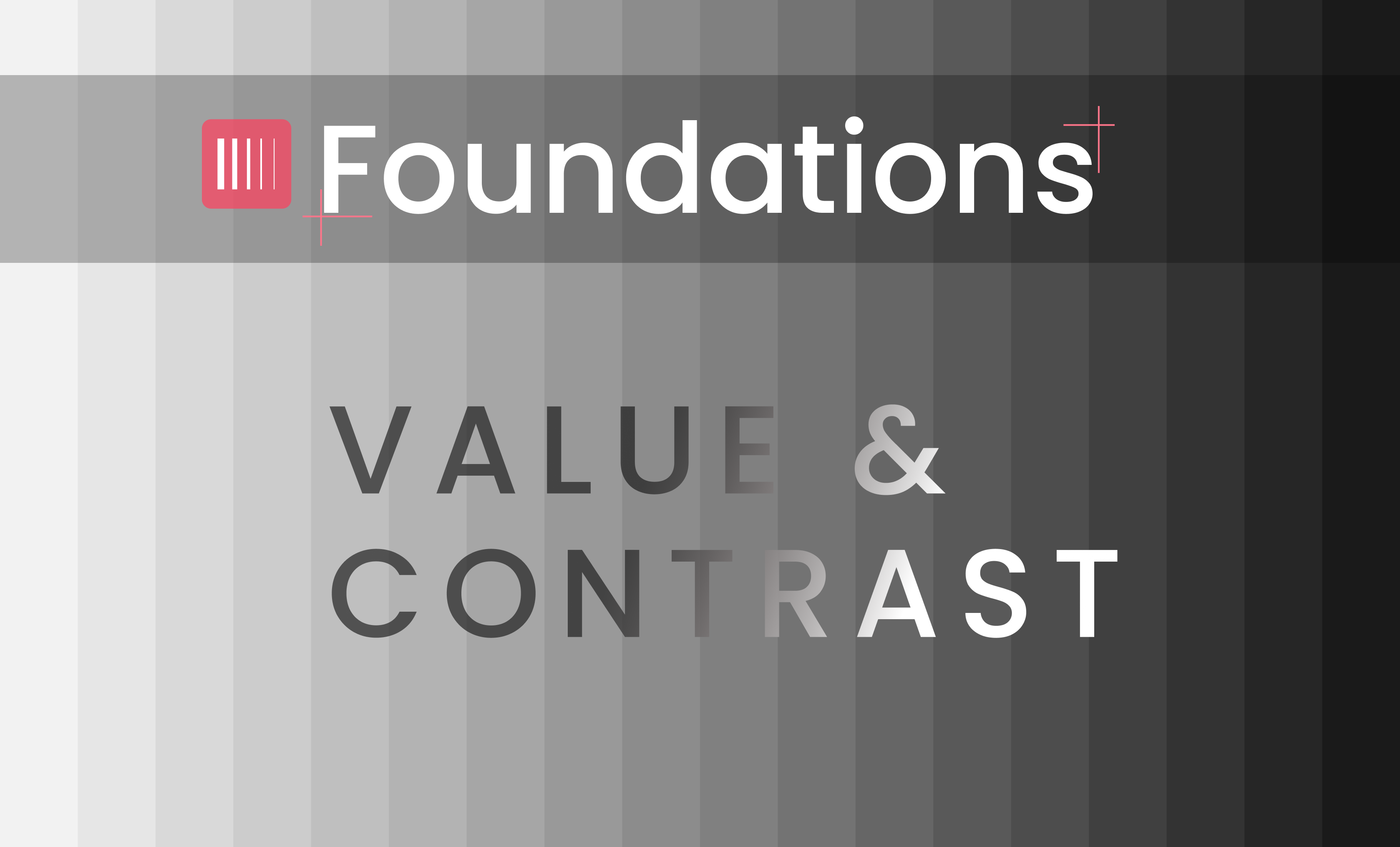 This is a crash course overview of value and contrast. What it is, how collective knowledge over time shaped the art of the period, and how that should inform your approach to learning value and color.

Whether studying under them directly, or through osmosis of books and the internet, most of the knowledge I’ve acquired in my artistic career can be traced back to 2 or 3 people.

A crucial figure in terms of impact ( perhaps secondary only to my mentor ) is Richard Schmid. I plan to write an entire article about him in the future, but for the sake of brevity I won’t go into detail about just how awesome he was.

Out respect and the belief in paying it forward, a large source of reference for this article was Richard’s Book, Alla Prima. This book was an instrumental side kick during my training. If you are at all serious about creating in any medium of any kind, I highly recommend you buy a copy of his book.

Value refers to the range from light to dark in a subject or object, as well as the painting. There are numerous value and color scales in existence depending on the use case.

Value scales for printers and industrial use, like the Munsell Color System, have a large number of values, but the progressive change are so small, the human eye has a hard time telling the difference. You need highly calibrated instruments and technology to detect them.

Regardless of the complexity of  a scale, it’s a far cry from the range of values that exist in nature, so we must learn to mimic the effect of light by controlling and conserving the values we do have. Learning to control the effect of light within a limited range will allow you to create in any medium with greater efficacy.

To do this efficiently, we need a simple and approaching angle to value and color. For hundreds of Years, the tried and true standard of learning value and color has always been based in oil and pigment.

The traditional Flemish value scale is 9 values. The scale is broken into 9 values out of practicality, more values becomes hard to manage, but less than 9 is inadequate. The first 4 values are your light values, the last 4 are your darks, leaving one in the middle, the middle-tone.

The range from light to dark is Titanium white as our lightest light, and ivory black is out darkest dark. This is a pretty substantial range compared to other mediums like acrylic or or watercolor. Oil paint is still the most vibrant, archival, and eco-friendly medium there is for color outside of digital tools.

For reference, this 18 value scale is more realistic to all the tones that exist in the average painting when taking into account the blending of values

‍
Contrast is the relative difference between light and dark. Contrast is what permits us to see and shapes our world.  It is yin and yang. Without contrast, there is nothing, like a blank white canvas, or a pitch black room void of any light..

The degree of contrast within a picture determines how stark or subtle the effect of light will be. Other minor factors that influence visibility include color family and light temperate.

Prior to the 19th century, artists didn’t even come close to
depicting sunlight successfully. They did their best, which was pretty impressive at the time.

But starting in the early 1800s, a wave of painters started to leave the safety and security of their studies to venture outdoors and more seriously explore sunlight.

Before the century ended, outdoor painting was cemented with the Impressionist movement, but also among realists like Joaquin Sorolla, who became a key. figure in the Luminism movement. Sorolla and his contemporaries could capture the effects of light to a convincing degree because they understood value and contrast.

Sorolla understood understood the fact that despite its often blinding brightness and the light reflecting into them, bright sunny days always produce shadows and warm dark accents of strong contrast.

This observation was something that impressionists struggled to overcome in getting more vibrant colors; Pigments simply get less colorful the darker they get. To increase vibrancy, one favorite solution was to light the values of the dark areas, particularly the shadows. While this did indeed enhance color, it reduced the natural contrast provided by the shadows which is the opposite of what occurs in strong sunlight.

Regardless if impressionists played it loose with the laws of light or not, contrast and context shape our perception, so many high-key Impressionistic paintings still look bright and sunny when seen in galleries or museums.  Likely because of their contrast with the museum walls, lighting, and other darker paintings surrounding it.

It’s also pertinent to mention that the Impressionists were creating impressions, not literal renderings.  Regardless, the impressionist movement to pursue light and color forever changed the art world for the better.

Another factor in why the sun produces strong shadows Is that the extreme brightness causes the puplls in our eyes to constrict, reducing the amount of light reaching our retinas. That means we see fewer values and colors in the middle and darker value ranges like shadows. Vale compression occurs until we can no longer reasonably discern the difference.

This is why colors are most colorful in the middle values. The best light to perceive colors is a moderate overcast day. The clouds diffuse and bounce light evenly which allows our pupils to widen and let in more information.

In diminishing light, like a sunset, our ability to see the differences between dark values and colors diminishes as the light gets weaker. This can be a frustrating first-hand discovery, because as the dark areas in our subject and on our painting slowly get harder to discern, we can still see the lighter colors and values fairly well, and so may not be aware that all of the darks are starting to look the same.

In the same frustrating vein, if you’re painting indoors under natural light during dusk, your pupils will start to widen allow you to see more information in the shadows. If you aren’t careful to be mindful of the bigger picture, it’s easy to exaggerate the difference within the shadows which is a detriment to the effect of light.

‍
Dutch and Chiaroscuro painters of the late Italian Renaissance went the other way, increasing contrast in their works., often surrounding their subject completely in black. Black is always fashionable, but more often than not it was a great way to simplify what was indeed a very dark background.

The use of darkness can be a tempting way to obscure things which may be difficult to paint. Even Rembrandt was said to have remarked that his biggest challenge was panting emptiness. Knowing how to paint darks in a scene appropriately was a struggle for many because we had yet to have a solid scientific understanding of color temperature. Luckily for us in the 21st century, we've made a lot of progress. Understanding the principals of color temperature is vital to capturing authentic color.

We may not be able to replicate the brilliance of the sun or an LED monitory, but we can still achieve brilliant simulations of light, atmosphere, and emotion through the critical curation and manipulation of values with a clear vision of the intended outcome.

When it comes to curating values, one concept that most cinematography buffs are familiar with is the value key of a picture. By working within a limited range of the value scale applied to the whole picture,  we can create atmosphere and emotion. This is known as working in a value key.

Major Keys refer to the largest proportion of the the image.

Minor keys refer to the range of contrast within an image created by the minor values.

In the example blow, you see how you can manipulate the major and minor keys to create different effects like a bright hazy day or a spotlight in the dark.

Working within a key also presents opportunities to break the constraints of the key, driving attention and interest. This could be an injection of bright color in a muted palette, or a dark accent in a high-key area.

Breaking the rules of a keyed painting should be rare and intentional. Too much attention seeking in a painting is crass. No one enjoys an image (or person) that is screaming for attention for any period longer than they’re forced to.

‍
Light and the absence of it shapes our world. We can’t reproduce light itself with electronic devices or limited reflective pigments, but we can separate light and dark values (colorful or not)  into contrasting steps.

By balancing value contrast in the appropriate proportions of our subject matter, we can replicate and manipulate the effect of light on the canvas.

Great, how do we do that you’re asking? You’ll have to read about that in the follow up article on observation and the secret squint :)
‍

What are your thoughts?
Share on social ♥︎
___
Have feedback?
Send me a DM! 🙌 ⤵︎
___
Back to blog category
Next
Back to top ⤴︎
tocitemgggjgjgjghjgjghjgjjgjgjgjgjgjjgjgjgjg
tocitemekgkkgktkgkkgkgkgkgkkgk
H2
kjergkjerhe
H4
H4